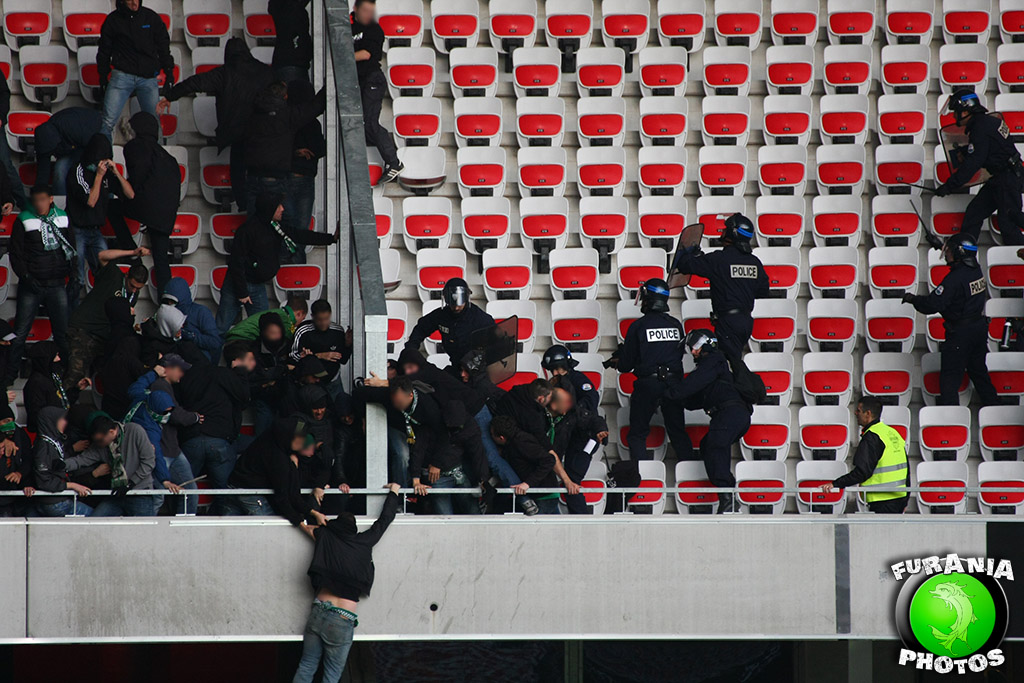 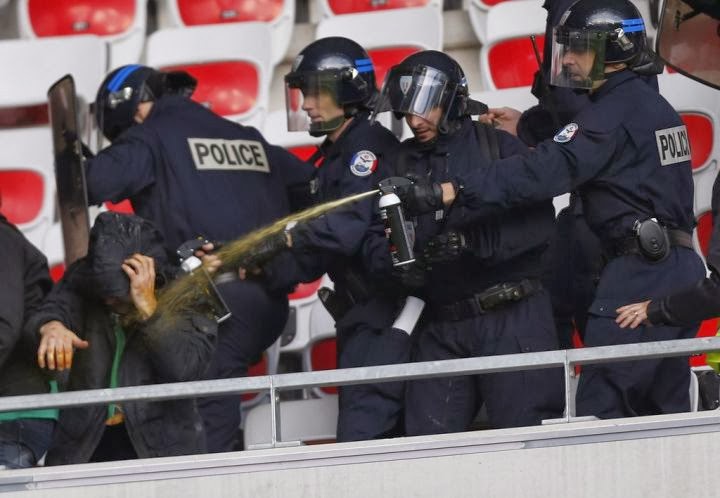 Chronicles Beauveau Place: A member of the Butte Paillade sentenced to 18 months in prison after which 8 farms Rodez-Montpellier

An ultra Montpellier has been sentenced to 18 months in prison with 10 suspended, accompanied by a probation of three years and a stadium ban of 5 years by the Criminal Court after being Rodez placed in custody Sunday night in Rodez, after the Cup match France Rodez AF - MHSC for "voluntary violence aggravated a person holding public authority and damage public property."

He had already been several convictions for crimes of violence and out of a stadium ban which had just ended in October 2013. It was part according to the prosecution of a group of several dozen ultras Montpellier who clashed with police forces in an attempt to force the doors of stage Paul Lignon before the 32nd round of the Coupe de France, causing manifestly disproportionate reaction of CRS loaded with batons and tear gas , while families with children were in the area of incident ...

The prosecutor had requested a sentence of two years with a warrant. 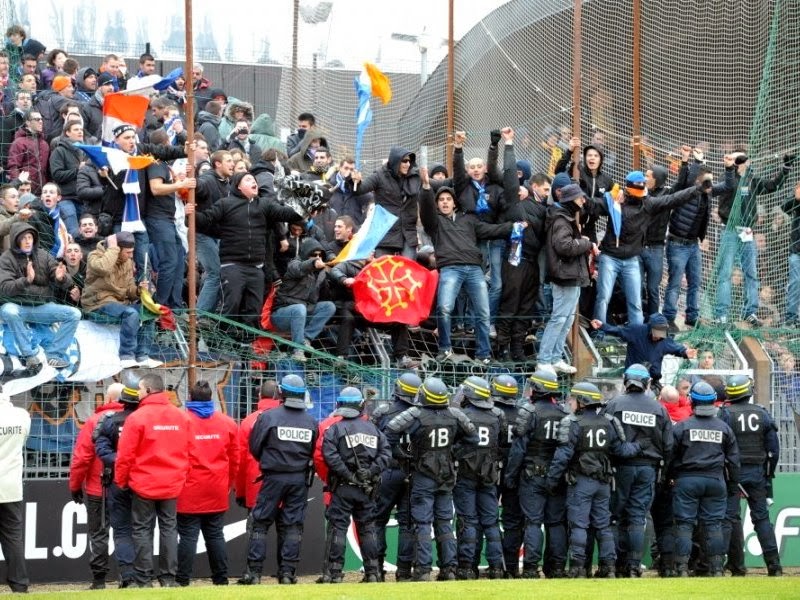